Why do we need a Battery Management System (BMS)?

The Lithium-ion batteries have proved to be the battery of interest for Electric Vehicle manufacturers because of its high charge density and low weight. Even though these batteries pack in a lot of punch for its size they are highly unstable in nature. It is very important that these batteries should never be over charged or under discharge at any circumstance which brings in the need to monitor its voltage and current. This process gets a bit tougher since there are a lot of cells put together to form a battery pack in EV and every cell should be individually monitored for its safety and efficient operation which requires a special dedicated system called the Battery Management System. Also to get the maximum efficiency from a battery pack, we should completely charge and discharge all the cells at the same time at the same voltage which again calls in for a BMS. Apart from this the BMS is held responsible for many other functions which will be discussed below. 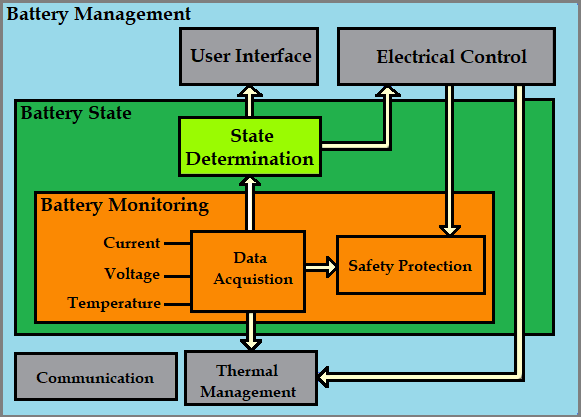 There are lot of factors that are to be considered while designing a BMS. The complete considerations depend on the exact end application in which the BMS will be used. Apart from EV's BMS are also used wherever a lithium battery pack is involved such as a solar panel array, windmills, power walls etc. Irrespective of the application a BMS design should consider all or many of the following factors.

Discharging Control: The primary function of a BMS is to maintain the lithium cells within the safe operating region. For example a typical Lithium 18650 cell will have an under voltage rating of around 3V. It is the responsibility of the BMS to make sure that none of the cells in the pack get discharged below 3V. 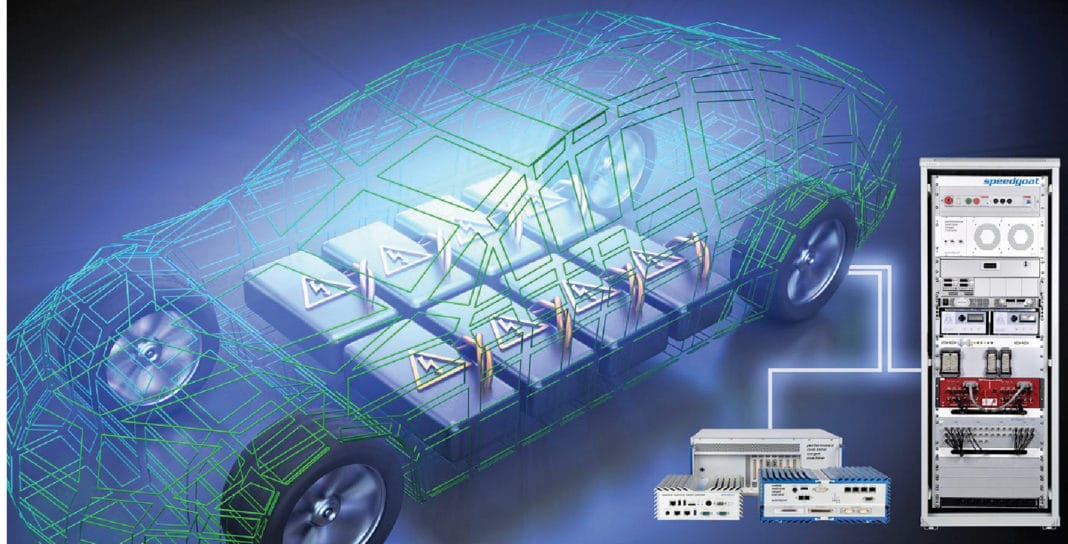 Apart from the discharging the charging process should also be monitored by the BMS. Most batteries tend to get damaged or get reduced in lifespan when charged inappropriately. For lithium battery charger a 2-stage charger is used. The first stage is called the Constant Current (CC) during which the charger outputs a constant current to charge the battery. When the battery gets nearly full the second stage called the Constant Voltage (CV) stage is used during which a constant voltage is supplied to the battery at a very low current. The BMS should make sure both the voltage and current during charging does not exceed permeable limits so as to not over charge or fast charge the batteries. The maximum permissible charging voltage and charging current can be found in the datasheet of the battery. 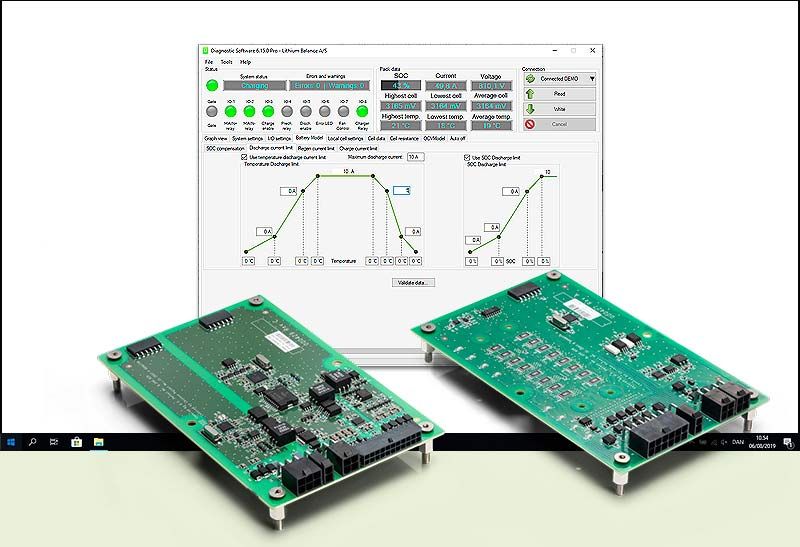 You can think of SOC as the fuel indicator of the EV. It actually tells us the battery capacity of the pack in percentage. Just like the one in our mobile phone. But it is not as easy as it sounds. The voltage and charge/discharge current of the pack should always be monitored to predict the capacity of the battery. Once the voltage and current is measured there are a lot of algorithms that can be used to calculate the SOC of the Battery pack. The most commonly used method is the coulomb counting method; we will discuss more on this later in the article. Measuring the values and calculating the SOC is also the responsibility of a BMS.

State-of-Health (SOH) Determination: The capacity of the battery not only depends on its voltage and current profile but also on its age and operating temperature. The SOH measurement tells us about the age and expected life cycle of the battery based on its usage history. This way we can know how much the mileage (distance covered after full charge) of the EV reduces as the battery ages and also we can know when the battery pack should be replaced. The SOH should also be calculated and kept in track by the BMS. 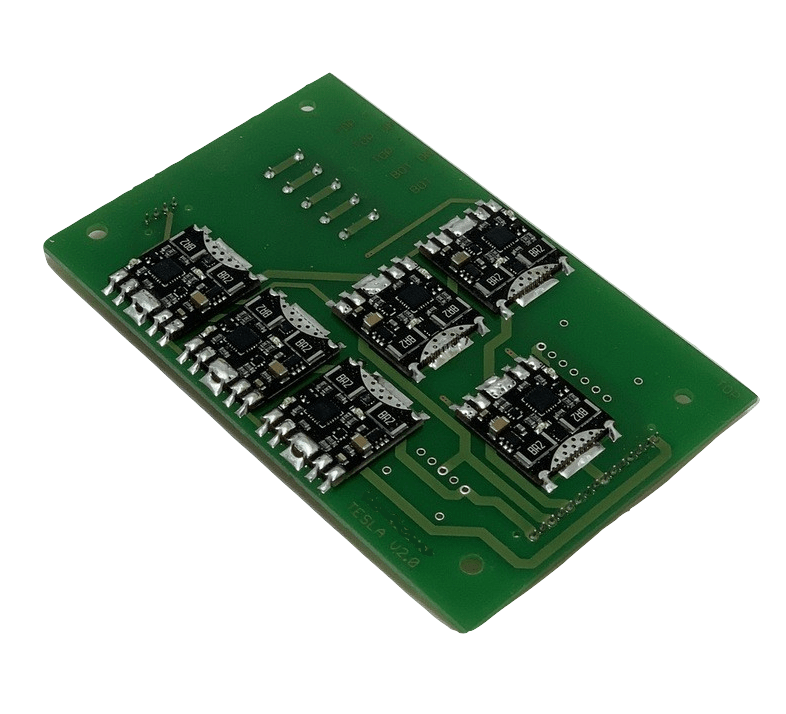 Cell Balancing: Another vital function of a BMS is to maintain cell balancing. For example, in a pack of 4 cells connected in series the voltage of all the four cells should always have equal. If one cell is less or high voltage than the other it will affect the entire pack, say if one cell is at 3.5V while the other three is at 4V. During charging these three cells will attain 4.2V while the other one would have just reached 3.7V similarly this cell will be the first to discharge to 3V before the other three. This way, because of this single cell all the other cells in the pack cannot be used to its maximum potential thus compromising the efficiency.

To deal with this problem the BMS has to implement something called cell balancing. There are many types of cell balancing techniques, but the commonly used ones are the active and passive type cell balancing. In passive balancing the idea is that the cells with excess voltage will be forced discharge through a load like resistor to reach the voltage value of the other cells. While in active balancing the stronger cells will be used to charge the weaker cells to equalize their potentials. We will learn more about cell balancing later in a different article. 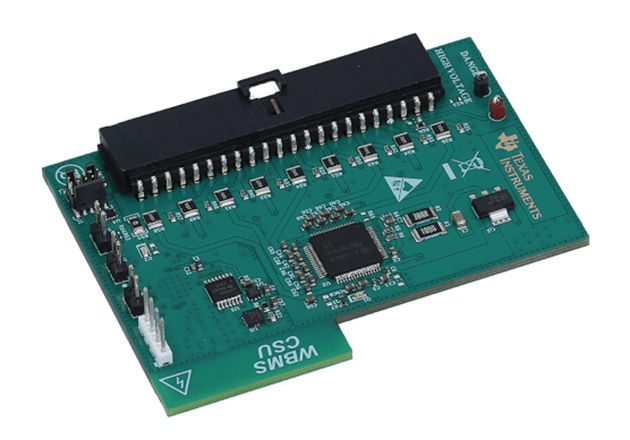 Powered from the Battery itself: The only power source available in the EV is the battery itself. So a BMS should be designed to be powered by the same battery which it is supposed to protect and maintain. This might sound simple but it does increase the difficulty of the design of the BMS.

Less Ideal Power: A BMS should be active and running even if the car is running or charging or in ideal mode. This makes the BMS circuit to be powered continuously and hence it is mandatory that the BMS consumes a very less power so as not to drain the battery much. When a EV is left uncharged for weeks or months the BMS and other circuitry tend to drain the battery by themselves and eventually requires to be cranked or charged before next use. This problem still remains common with even popular cars like Tesla.

Galvanic Isolation: The BMS acts as a bridge between the Battery pack and the ECU of the EV. All the information collected by the BMS has to be sent to the ECU to be displayed on the instrument cluster or on the dashboard. So the BMS and the ECU should be continuously communicating most through the standard protocol like CAN communication or LIN bus. The BMS design should be capable of providing a galvanic isolation between the battery pack and the ECU.

Data Logging: It is important for the BMS to have a large memory bank since it has to store a lot of data. Values like the Sate-of-health SOH can be calculated only if the charging history of the battery is known. So the BMS has to track of the charge cycles and charge time of the battery pack from the date of installation, and interrupt these data when required. This also aids in providing after sales service or analyzing a problem with the EV for the engineers.

Accuracy: When a cell is being charged or discharged the voltage across it increases or decreases gradually. Unfortunately the discharge curve (Voltage vs time) of a lithium battery has flat regions hence the change in voltage is very less. This change has to be measured accurately to calculate the value of SOC or to use it for cell balancing. A well designed BMS could have accuracy as high as ±0.2mV but it should minimum have an accuracy of 1mV-2mV. Normally a 16-bit ADC is used in the process.

Processing Speed: The BMS of an EV has to do a lot of number crunching to calculate the value of SOC, SOH etc. There are many algorithms to do this, and some even uses machine learning to get the task done. This makes the BMS a processing hungry device. Apart from this it also has to measure the cell voltage across hundreds of cells and notice the subtle changes almost immediately.

Building Blocks of a BMS

There are many different types of BMS available in the market, you can either design one on your own or even purchase the Integrated IC that is readily available. From a hardware structure perspective there are only three types of BMS based on its topology they are Centralized BMS, distributed BMS and Modular BMS. However the function of these BMS is all similar. A generic Battery Management system is illustrated below.